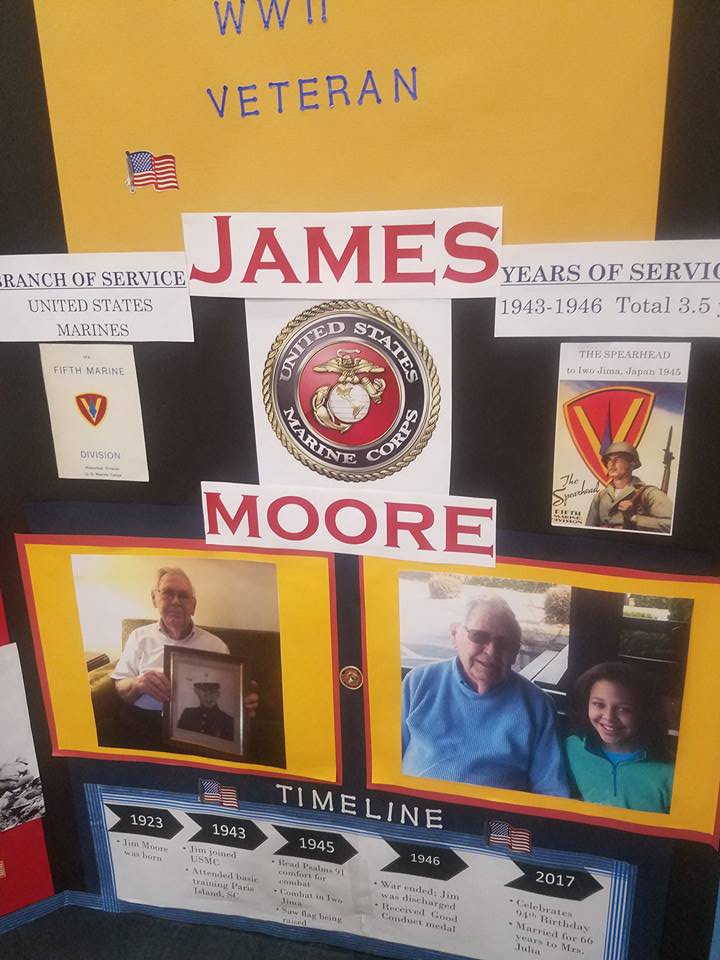 Friday, November 10th is the 242nd birthday of the United States Marine Corps. Tonight I had the pleasure of meeting a special Marine and I’d like to take a moment to honor him and his service to our country.

James Moore served from 1943 to 1946. As a young Marine he landed on Iwo Jima in 1945. He helped silence the Japanese artillery on Mt. Suribachi that was raining destruction down on our troops and survived the battle to watch the American flag raised on that bloody patch of ground. 6,800 Marines and Sailors gave their lives on that island. An astounding 27 Medals of Honor were awarded as a result of that battle. Men like James put their lives on the line for our freedom. As he humbly put it “I did what I was told to do.” God bless you, James. A grateful nation thanks you and all who sacrificed so much.