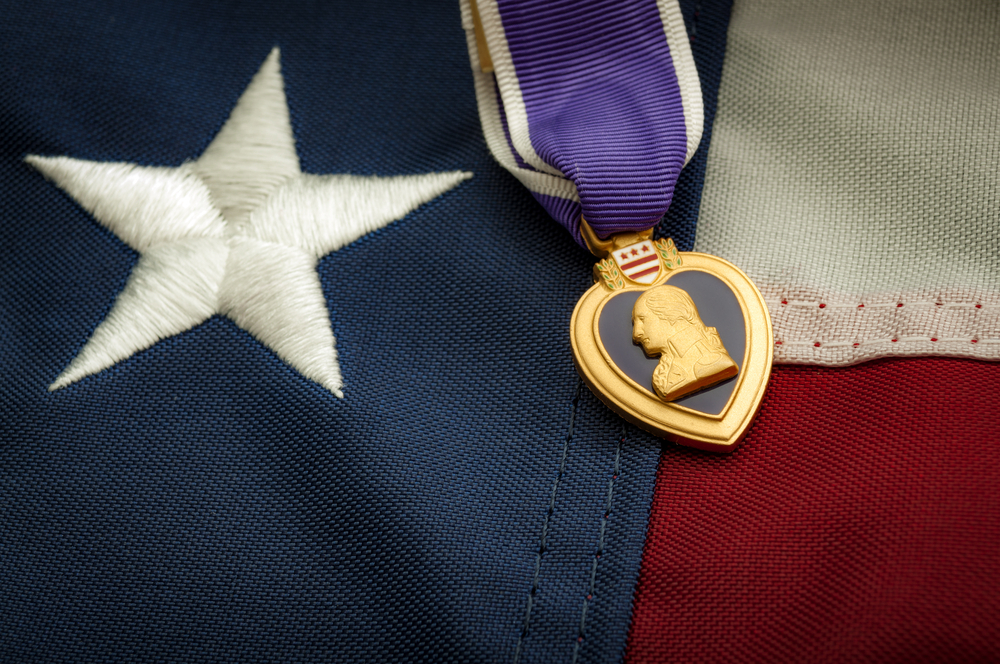 Today is Purple Heart Day. It commemorates the day in 1782 when General George Washington created the Purple Heart Medal – a military decoration that is awarded to those wounded or killed while serving in the United States Armed Forces.

It’s a time for Americans to remember and honor the brave men and women who were either wounded on the battlefield or who made the ultimate sacrifice with their lives.

Today we also want to honor the Soldiers, Marines, Sailors and Airmen who treated and cared for their comrades on the battlefield and then had to return to the fight, never knowing for sure whether their brother or sister would live. Without their courage, sacrifice, and commitment, many, many more of our heroes would never have the opportunity to return home to their families and loved ones.

Freedom has a price. May God continue to bless those who are willing to pay it.

“Greater love have no man this, that a man lay down his life for his friends”. John 15:13